After a short stay in Bangkok we’re just on our way to the airport to fly to Chiang Mai. Bit of a cheat I know but when you can get return flights for £65, you have to ask yourself if it worth spending 8 hours on a train…

My travelling partner and I aren’t particularly city people so planned only a short stay as we predicted we wouldn’t particularly love Bangkok and we were right. I do have to say though that the street food is incredible, so I didn’t hate everything about it.

I was born in Hong Kong, spent my early years there and have since been back roughly around once every two years to visit family. Bangkok had lots of things that reminded me of Hong Kong but also was more rundown and dirty. We stayed at a hostel called Bunny Burrow (which was great, it’s not a party hostel but we weren’t looking for that) that is about ten minute walk south of Chinatown. I don’t know what the sewage systems are like but alot of the places we walked you would get the faint waft of sewage every so often. Coupled with the heat and exhaust fumes from traffic during the day, it makes Bangkok quite an unpleasant city to walk. Tuktuks are all involved in some sort of syndicate so it’s nearly impossible to get a cheap tuktuk unless they’re driving you to the pier to try and coerce you to buy one of the extortionate tourist ferry “tours”. Metered taxis can actually be cheaper than a tuktuk.

Khao San Road, the notorious tourist/backpacker Road could be lifted straight out of some Spanish holiday destination. We popped there briefly for a spot of quick shopping but didn’t stay for the bars and restaurants.

We also went to the Wat Pho temples which was interesting to see. It’s amazing how intricate Thai designs are. We tried to get to the Grand Palace (having initially mistaken Wat Pho for the Grand Palace), but visiting hours had finished by the time we got there. 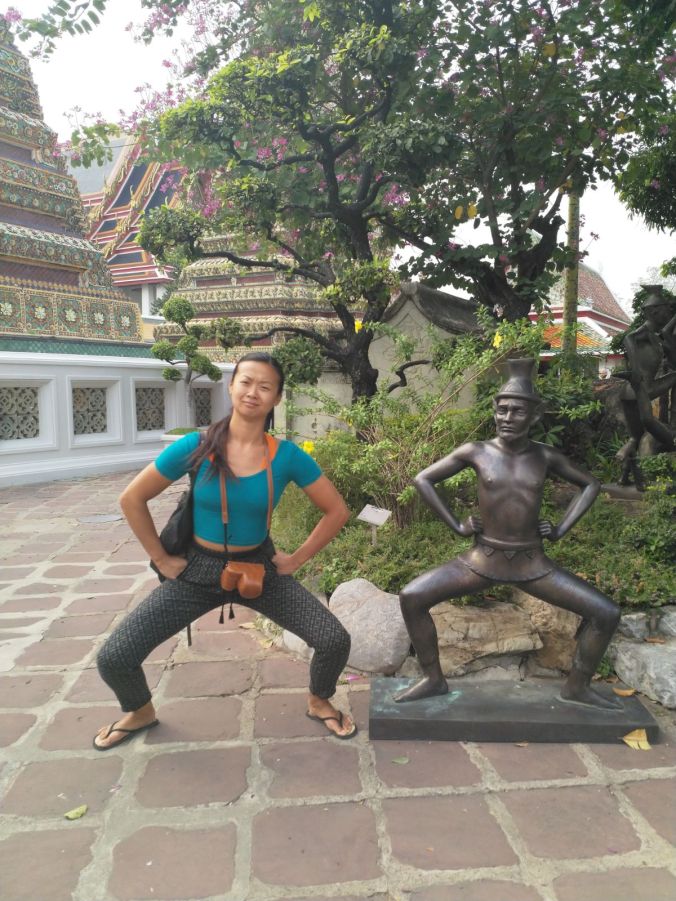 Overall, apart from the street food, I wasn’t overly in love with Bangkok. However we did only spend a brief time there and trying to travel on a modest budget I don’t think suits going to a city like Bangkok. Anyhow, sitting waiting to board the plane to Chiang Mai and looking forward to breathing some clean mountain air.